I Blame the Biebs

Why? How? I’m the eldest of three children; my brother is 15 months younger than I am and my sister… is 12 years old.

I feel it is my duty to provide guidance about things like boys (although I don’t think Justin Bieber is too much of a threat at this point), the perils of a fake tan and excessive eyeliner combination (keep it classy!) and how to negotiate with our parents. I’m young enough to understand, yet old enough to know better, so I like to think she appreciates the extra decade or so of wisdom that I can provide her.

This time though, I’m not having any of it.

For some reason, my darling little 12-year-old sibling has an iPhone 4. 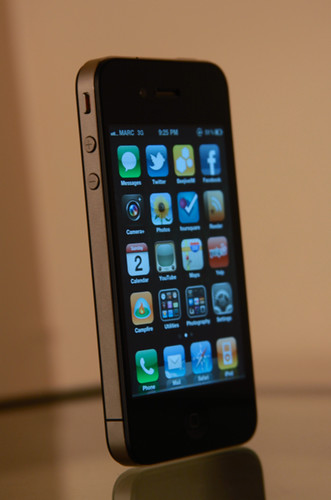 My brother and I both had to wait until we were 16 before we were given cellphones, and they definitely weren’t nice cellphones. She got her first one around age 9. We didn’t agree then, but we didn’t kick too much of a fuss.

Fast forward a few years, I have my trusty BlackBerry, my brother has an HTC Dream (another smartphone that’s about a year old now). Our bills are highly scrutinized every month by our fantastic mother, who is kind enough to continue paying for them (I feel I’ll be cut off in the coming months though). Our plans were hand-picked for optimal cost effectiveness. I remember a year or so ago, a spat broke out when we were both running our bills up a little too high. Threats were made, there was a possibility we’d have to pay our own bills. Panic ensued.

Maybe a month ago, I’m sitting on Facebook chat, and sweet baby sister says hello (I don’t think she should have Facebook either, but that’s a whole other can of worms). “I got an iPhone 4” she announces, I can almost see the tween sense of entitlement pulsing off the screen. I immediately text my brother to find out if he knows about this. He’s not amused. “We didn’t get phones – any phones – until we were 16!” I told him I knew that very well.

Apparently my step-dad went rogue and bought one for her. The rationale behind it remains unclear, and despite ringing up astronomical phone bills and demonstrating general lack of responsibility, the phone hasn’t been passed over to my brother. He’s still campaigning.

So I ask the question, when should kids get phones? What should happen if they abuse this privilege?

And my darling little Lexy? “I can pass for 14,” was her response when Rob told her that she didn’t need an iPhone at 12. The point was missed, and she chose to ignore me as I explained meticulously why looking like a 14 year old does not equal being a 14 year old.

Maybe I should try making a spreadsheet or something. A PowerPoint with pie charts… Hmm. 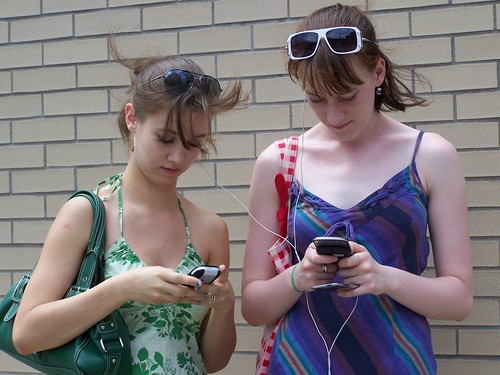 3 Responses to “I Blame the Biebs”

I guess I’ll my 2 cents here on the matter. I didn’t get my first cell until I was 18 and I had to pay for it. Fast forward a couple years later and my youngest got hers at the age of 15, albeit she didn’t get a smartphone, it was a basic model. Now she has an LG Rumour 2 complete with camera and now that tweens/teens have been caught sending nudes of themselves to other people, I sometimes worry that she’ll do the same thing without realizing that it’ll end up all over the web in 24 hours. I run a number of community-based sites and happen to know quite a few people who tend to watch out for these things and have been alerted by them when nudes of a friend’s younger sister (13 years old, but could pass for 16 at a quick glance) floated around a smaller forum online.

Sufficive to say, it’s quite disturbing to see this happen. I know that younger folks (including myself at the age of 24) tend to be more open with people, but you’d think a little common sense would ensue too. I don’t know what to say these days, but I made sure that atleast my younger cousin is aware of the risks of doing things like that and that big cousin isn’t always around to save her when she does something crazy.

I should remark that it was my youngest cousin that I’m referring too. Stupid typo on my part.

Thanks for the comment, Mike. I feel like there isn’t a lot of education about the negative side of technology besides preachy PSA ads, and the people that have grown up with this technology (you, me, your cousin, my sister) don’t feel the need to pay too much attention to the information that is available.

Everyone makes dumb mistakes growing up, but when it comes to smartphones and in internet, those mistakes can kick around for a long time if you’re not careful (just ask Paris Hilton or Kim Kardashian).