Another One Bites the Dust

So, it happened. You met, you laughed, you loved, you fought, you cried, and now you’re done… or some variation of this, right? Maybe you went through it a couple times, maybe there was less arguing; whatever went down, it’s now O-V-E-R.

Break-ups suck. This is not a particularly enlightening statement I know, and really there’s no point in flouncing up the description because it can be chronicled completely in those three words (or a two-word hyphenate, if you want to get technical). 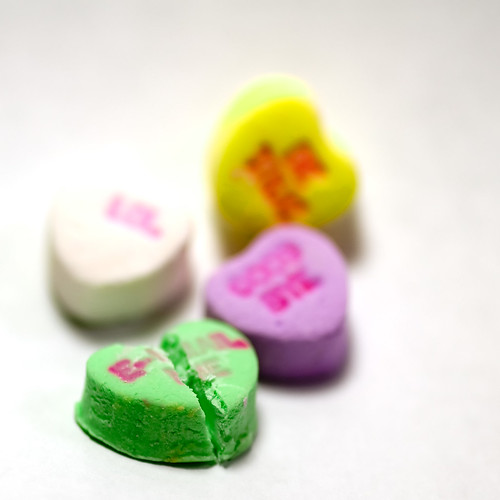 A few of my friends have gone through this recently, and I’ll admit to going through some nasty splits myself in the past year or two. But it begs the question: after the Kleenex has been used up and the Ben and Jerry’s (Chunky Monkey!) has been polished off and you’ve watched He’s Just Not That Into You nine different times (not that I do that or anything…), what do you do with all the stuff?

Between the birthdays, Christmases, Valentine’s Â Days and those lovely “just because” gifts, you can accumulate a fair amount. And not just regular stuff, either. Emotionally charged, memory-filled stuff from someone you used to love, or at least liked a fair amount. At first, everything is probably too fresh to do a thorough clean out – except for all the pictures you rip up and the gifts you’ve always hated and now have an excuse to trash. Once the dust settles and Spring Cleaning rolls around, how do you decide what to keep, of if you should keep anything at all?

I findÂ jeweleryÂ is the first to end up on UsedVictoria.com, with the exception of one ring that I wanted forever and he really only paid for. That doesn’t count though, that one’s mine (even though it was nice of him to remember). What about things like sweaters, purses, and scarves? If a split is bad enough, are even the CD’s and DVD’s, coffee mugs and Body Shop products too much to stare at? I might be venturing into overly dramatic teenage girl territory here, but I genuinely want to know what you keep and what you toss, and what’s the time frame? Do you sell or just throw out?

2 Responses to “Another One Bites the Dust”

I prefer Ben and Jerry’s “We are Waffling”. It’s perfect for such an occasion, and delicious. More importantly, it really depends on whether or not I actually liked the gifts. But usually I was the one who picked them out. So let’s be honest, I’m weird and sentimental underneath this gruff exterior; I keep everything. What gets tossed is his stuff: his clothes, his toothbrush, his protein powder. Anything that is not useful to me is out.

Oh, Katie. Such a softie deep down.

Funny enough, I find I only keep things if they AREN’T sentimental. Like a purse that I dropped hints about for months and then finally got for my 20th birthday. If it makes me emotional at all, I want it gone.