Canada Day: Events Across the Country 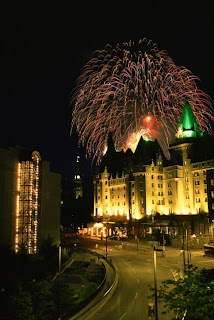 Are you a Canadian with a rowdy disposition, or are you more inclined to watch the Canada Day fireworks from the comfort of your porch? Either way, we’ve collected an assortment of Canada Day Events for you to take into consideration, whether you’re planning a safe ride home or setting the angle of your patio chairs:

Celebrate Canada day in the Inner Harbour of Victoria with 50,000 others (including the UsedEverywhere crew.. Victoria is home to our HQ after all) for song, dance and fireworks.

Vancouver is showing Canada pride with several events, including the Canada Place celebration with performances from Canadian music talent, the Canada Day Parade, and the Canada Day Burrard Inlet Fireworks.

If you’re a jazz fan you’ll want to be on Granville Island, where you can hit up the parade as well as jazz music courtesy of the CMHC.

Robson Street is your go-to if you’re into some mid-day shopping, Virgin Radio, and a chance to win an iPad.

Does your idea of Canada Day include cowboys and pony rides? If you live in Calgary then I think that’s a pretty safe assumption. Luckily you’ll be able to hit up Fort Calgary for a pancake breakfast and a petting zoo.

In the evening you’ll want to head over to Prince Island Park where the City of Calgary is hosting a three-stage musical event. Let me guess… country?

The official Canada Day in Regina website has a list of four things you need to know about what’s going down this Thursday. I’ll let you check it out yourself and experience the Reginian wit first-hand.

They tell me in Winnipeg, Manitoba there are two places that you ought to be: the ice rink or the Forks. On Canada day I would recommend the latter. If not for “The Magic of Jacob,” then for “Johnny Moonbeam and the Lunatics.” I’m not sure exactly what either are, but I think enough thought went into their names to warrant a look-see.

Citizens of Toronto will most certainly want to be “Around the Square” to experience live performances, aerial dancing, and fireworks put on by the City of Toronto.

Leave it to Ottawa to steal the show. They’ll be hosting Her Majesty the Queen, His Royal Highness the Duke of Edinburgh, and the Barenaked Ladies on Parliament Hill.

Represent Canada in PEI with too many flag ceremonies to count. Full list here.

Did we forget about your city? Have an event that you want to share? Post it in the comments below and I’ll add it to the blog.

As the social media and community coordinator at UsedEverywhere.com, Michael is the voice you hear when you phone our 1-800 number and the text you read skim three days a week on our blog. Keep up with his antics on Twitter @MrConkin.